Ryanair, Europe’s No.1 airline, today (05 August) announced a new base opening in Newcastle for Summer ’22, with two based aircraft, 63 departing flights per week and 19 routes in total, including 12 new connections to a host of international destinations across Europe from March ‘22. The new base will support jobs and tourism and will give a much needed boost to UK customers and the UK economy. 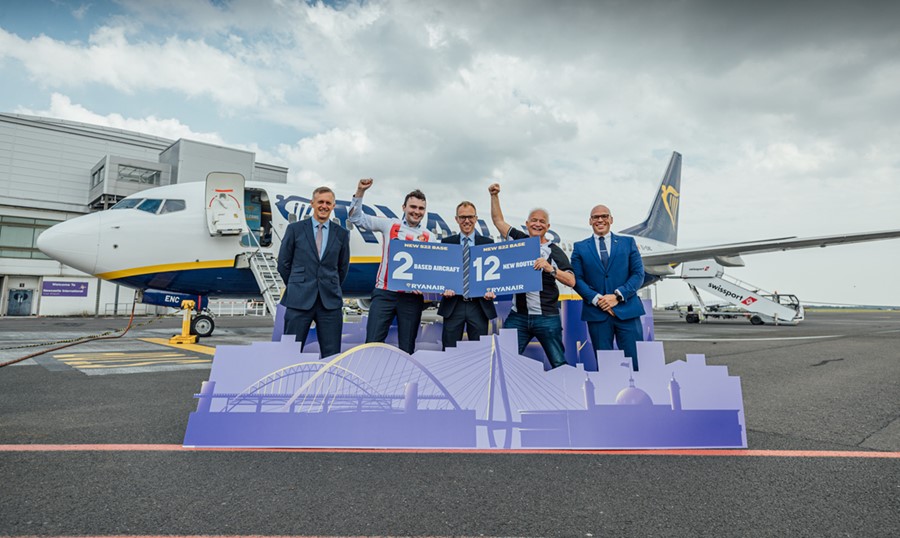 Ryanair’s new Newcastle base will deliver:

Ryanair has already seen very high demand for low fare flights from Newcastle airport this summer, as UK customers take a much deserved break and fly to popular destinations such as Palma, Malaga, Alicante and Faro and these customers can now also look forward to having even more choice next summer with the addition of 12 new routes including Chania, Zadar, Paphos and many more popular destinations.

To celebrate the launch of Newcastle’s Summer ’22 schedule, Ryanair has launched a seat sale with fares from £26.99 for travel until 31st October 2022 which must be booked by midnight Sunday, 8th August only on the Ryanair.com website.

Ryanair CEO, Eddie Wilson said: “We are delighted to launch a new UK base, which represents a $200m investment at Newcastle. This development will create over 60 direct jobs and offer our UK customers a host of European hotspots to choose from next Summer, including popular destinations such as Paphos, Chania, Menorca, Ibiza and Zadar.

We have seen massive demand for flights from Newcastle this summer as UK customers flock to the beaches of Spain and Portugal and now customers will have much wider choice next summer with the addition of these 12 new routes.
To celebrate, we are launching a seat sale with fares available from just £26.99 for travel until 31st October 2022, which must be booked by midnight Sunday, 8th August. Since these amazing low fares will be snapped up quickly, customers should log onto www.ryanair.com to avoid missing out.”

Nick Jones, Chief Executive at Newcastle International Airport said: "Today's announcement from Ryanair to base two aircraft at Newcastle International Airport for summer 2022 is very significant news for both the Airport and the region. Ryanair’s investment is a sign of growing confidence and will provide the North East public with a great selection of new destinations and extra weekly frequencies, providing more options for leisure and business travel. This will create new jobs for pilots, cabin crew and engineering alongside support services, and will generate economic value for the wider area.

The two based aircraft will see the number of routes operated from Newcastle by Ryanair increase from 7 to 19, including some exciting new destinations such as Milan and Riga. These new routes, alongside extra capacity on current services to destinations, provides our customers with choice not only on where to travel but also on the length of time when visiting friends and family, on holiday or away on business.

We are delighted with the news and look forward to welcoming Ryanair, their crew and staff to their new home at Newcastle International Airport in the near future."