Following a 16-week consultation, Newcastle International Airport has published its adopted Masterplan 2035 – setting out its ambitious plans for the future.

The public consultation, which began in May 2018, welcomed feedback from members of the public, as well as local businesses and stakeholders, on the draft Masterplan.

During the consultation period the Airport team undertook a variety of promotional events, public meetings and drop-in sessions.

Draft copies of the Masterplan were also available for the public to read in many local libraries.

The final plan, which sets out the award-winning Airport’s goals for its centenary year of 2035, will enable the Airport to compete in the global aviation marketplace whilst delivering significant economic benefits to the North East, surrounding regions and the rest of the UK.

It will also incorporate the Airport’s new inbound tourism strategy, which will target thousands of extra tourists from across Europe and beyond - with the aim of boosting the regional economy. 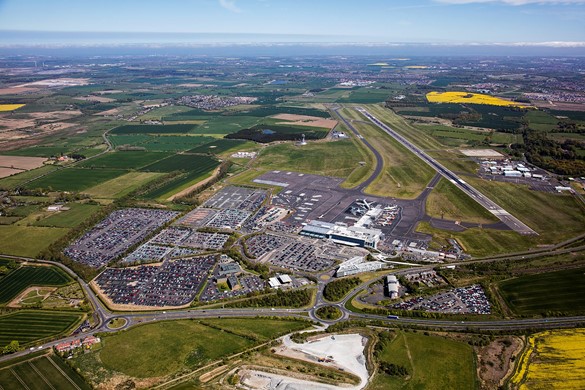 The Masterplan provides a framework to accommodate up to 9.4 million passengers by 2035.

With 3,500 people employed on site, and 18,900 jobs supported across the region, and a contribution to GVA* of £1.16 billion, the Airport is already one of the biggest jobs and economic generators in the North East.

The aim of the Masterplan is to enable the creation of even more jobs and further reinforce the role of the Airport in driving forward the regional economy.

The Masterplan also aims to further enhance the customer experience, including through the introduction of new technology to provide a seamless passenger journey.

It is hoped that future improvements in aircraft performance will mean that future destinations can be served from the existing Newcastle International Airport runway.

It is prudent, however, for the Masterplan to safeguard for a possible runway extension in case aircraft performance improvements beyond those that are already known about do not materialise.

With this in mind, a possible extension of 700m at the eastern end has been safeguarded, thereby ensuring that the North East has the opportunity to secure new long haul air routes in the future.

“It is important that we have undertaken in the consultation process before completing our final Masterplan for 2035.

“The Airport is a global and regional gateway, therefore the connectivity that we provide is absolutely vital.

“This is why the Masterplan is so important, and I hope that it will enhance the experience of the millions of passengers who will continue to use the North East’s largest Airport for many years to come.” 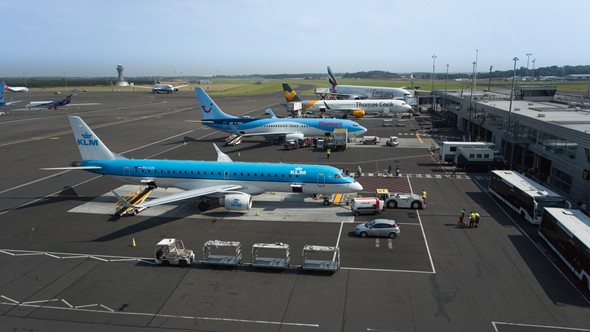 David Rees, Co-head of Asset Management at AMP Capital, said: “We welcome the publication of the Masterplan, which demonstrates Newcastle Airport’s ambitious plans for continued growth and improvement, taking into account the views of the community it serves.

“We are confident that the Airport’s Masterplan will benefit the North East region in terms of jobs and economic contribution, as well expanding and improving the services offered to customers at the Airport.”

Cllr Iain Malcolm, Leader of South Tyneside Council and Lead of the LA7 local authority shareholders, added: “Newcastle Airport provides a key gateway to the North East and generates millions of pounds for the regional economy.

“By putting travellers at the heart of the business and investing in passenger services, the Airport has continued to go from strength to strength.

“The masterplan sets out the Airport’s ambitious strategy going forward, including how it seeks to further enhance the customer experience and reinforce its importance, both as a regional and global asset.”

“With over 5 million passengers in 2018, Newcastle International Airport is key in ensuring our region is well connected which is so fundamental to both domestic and international businesses success.

“The breadth of measures such as those to increase inbound tourism will have a significant impact and increase visitor spending.

“We also welcome the work to improve transport links to and from the Airport to ensure it become even more easily accessible for more passengers and businesses.”